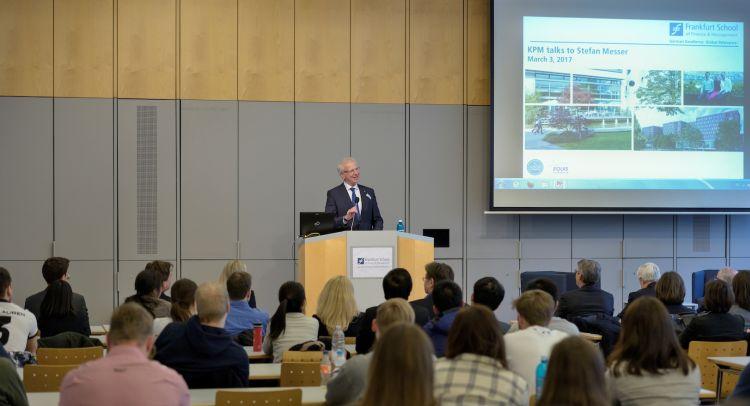 “Multinational enterprises and an increasing number of Start-ups call Germany their home. However, one of Germany´s success factors is the so called Mittelstand and family owned businesses. Especially for international students, who may not know the German market in detail yet, the new series can have a huge impact”, emphasised Mr. Müller. 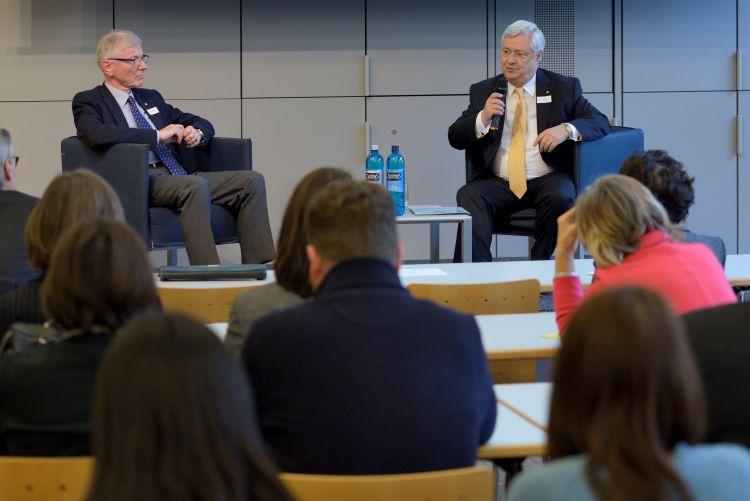 After summing up the most important facts about the German Mittelstand, for instance that more than 50 percent of the domestic workforce are employed by these companies, Klaus-Peter Müller gave the floor to Stefan Messer.

Stefan Messer, who is the grandson of Adolf Messer, the founder of the company, spoke to the audience about his own academic background and how it had always been his goal to work for his family business. After starting his career at IBM, Stefan Messer helped to internationalise the family owned enterprise – this brought him to other parts of Europe as well as to Mexico.

Moreover, the entrepreneur gave an insight into the moving history of the company – from the start in the late 19th century to the merger with Farbwerke Hoechst and finally the successful repurchase.

“Today we are a successful family owned enterprise. Currently, we are especially growing and expanding in Asia – China, Vietnam and Malaysia for example. However, our story has not always been stable. We had a big restructure after World War II and got our business back after merging with Hoechst. For this, you need a vision as well as a strong bond within the family”, stated Stefan Messer.

According to Stefan Messer, the most important factors of the success of the German Mittelstand and family owned companies are trust and strong relationships: “Family companies are rooted in the region. We are engaged in social projects. If someone of our staff is making a mistake – together we can solve the problem. Sustainability is one of our most important characteristics. That fosters identification”, emphasised the entrepreneur.

Following the talk, the attendees had the possibility to ask their questions. The discussion was led by host Klaus-Peter Müller. 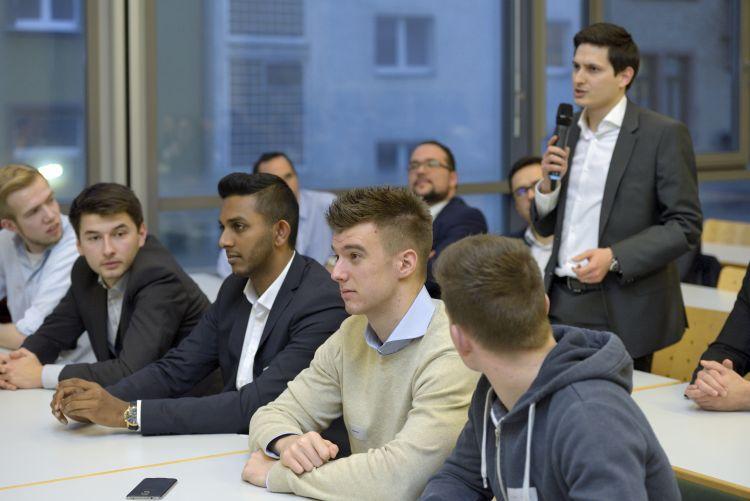