David C. Parkes is the George F. Colony Professor of Computer Science in the Paulson School of Engineering and Applied Sciences, Co-Director of the Harvard Data Science Initiative, and co-chair of the FAS Masters in Data Science and the Harvard Business Analytics Program. His research focuses on artificial intelligence, machine learning, and microeconomic theory. Parkes is a fellow of the AAAS, ACM, and AAAI, and a recipient of the 2017 ACM/SIGAI Autonomous Agents Research Award and the Alfred P.  Sloan Fellowship. Parkes served on the CRA's Computing Community Consortium, as Chair of the ACM SIG on Electronic Commerce (2011–16), and Area Dean for Computer Science at Harvard. Parkes has degrees from the University of Oxford and the University of Pennsylvania and serves on several
international scientific advisory boards and as a technical advisor to a number of start-ups. He is currently on sabbatical as a Research Scientist at DeepMind.

Ville Satopää is an Assistant Professor of Technology and Operations Management at INSEAD. Before joining INSEAD, Ville received his MA and Ph.D. degrees in Statistics from the Wharton School of the University of Pennsylvania. In terms of research, Ville is an applied Bayesian statistician. His research explores different areas of forecasting: judgmental and statistical forecasting, modeling crowdsourced predictions, combining and evaluating different predictions, and information elicitation. This involves developing general theory and methodology but also specific projects that analyze real-world data, such as hospital mortality rates, domestic tourism, or urban crime.

Vincent Conitzer is the Kimberly J. Jenkins Distinguished University Professor of New Technologies and Professor of Computer Science, Professor of Economics, and Professor of Philosophy at Duke University. He is also Head of Technical AI Engagement at the Institute for Ethics in AI, and Professor of Computer Science and Philosophy, at the University of Oxford. He received Ph.D. (2006) and M.S. (2003) degrees in Computer Science from Carnegie Mellon University, and an A.B. (2001) degree in Applied Mathematics from Harvard University. Conitzer works on artificial intelligence (AI). Much of his work has focused on AI and game theory, for example designing algorithms for the optimal strategic placement of defensive resources. More recently, he has started to work on AI and ethics: how should we determine the objectives that AI systems pursue, when these objectives have complex effects on various stakeholders?

Conitzer has received the 2021 ACM/SIGAI Autonomous Agents Research Award, the Social Choice and Welfare Prize, a Presidential Early Career Award for Scientists and Engineers (PECASE), the IJCAI Computers and Thought Award, an NSF CAREER award, the inaugural Victor Lesser dissertation award, an honorable mention for the ACM dissertation award, and several awards for papers and service at the AAAI and AAMAS conferences. He has also been named a Guggenheim Fellow, a Sloan Fellow, a Kavli Fellow, a Bass Fellow, an ACM Fellow, a AAAI Fellow, and one of AI's Ten to Watch. He has served as program and/or general chair of the AAAI, AAMAS, AIES, COMSOC, and EC conferences. Conitzer and Preston McAfee were the founding Editors-in-Chief of the ACM Transactions on Economics and Computation (TEAC).

Ryan Dew is an Assistant Professor of Marketing at the Wharton School of the University of Pennsylvania, at which he teaches about data-driven marketing. He is an applied methodologist, broadly interested in the intersection of marketing, machine learning, and Bayesian statistics. In his research, he focuses on problems in customer analytics, preference measurement, branding, and product design, with an eye to developing and applying flexible, interpretable, computational tools for data-driven marketing, often leveraging rich, unstructured data like text and images. He has received several awards for both teaching and research, including the Wharton Teaching Excellence award, the ISMS Doctoral Dissertation Award, and the ASA Marketing Section's Doctoral Research Award. His papers have also been finalists for the Frank M. Bass and Paul Green Awards. He received his Ph.D. in Marketing from Columbia University, and his B.A. in Mathematics from the University of Pennsylvania. 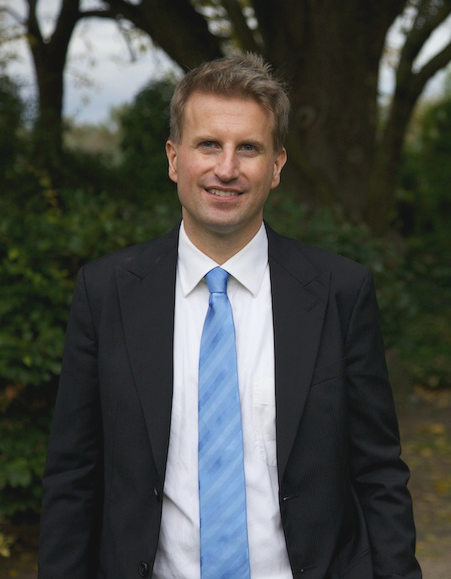