Welcome to our campus!

Frankfurt School’s Adickesallee campus is centrally located in Frankfurt’s Nordend district and forms part of the “Campusmeile” (campus mile) connecting Frankfurt’s universities and libraries. The campus was designed by Henning Larsen Architects, a Danish firm, and has become one of the city’s architectural highlights.

The building features five towers, each slightly offset to create a canyon-like space christened the “Zeil of Knowledge”. This multi-storey mall acts as a central meeting space linking together all the business school’s major facilities such as the Audimax auditorium, Learning Centre, restaurant, deli, Student Advisory and Alumni Relations teams, as well as the seminar rooms.

Frankfurt School is an international business school, with students from nearly 100 countries and all five continents. The campus reflects this international orientation. Each of the five towers represents one of the five continents: America, Europe, Africa, Asia and Australasia. A corresponding motif was created for all the continents and adorns certain walls in each tower. Frankfurt School’s international status and worldwide connections are also expressed in the campus garden, in the form of five mini-landscapes. The five continents are represented by groups of trees and shrubs comprised of characteristic vegetation. Pine trees and oaks stand for Europe, Tokyo cherry trees symbolise Asia, and eucalyptus represents Australia. 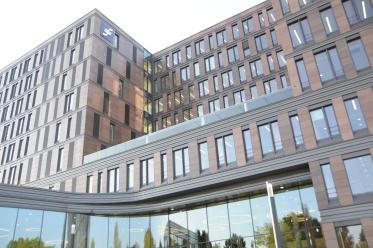 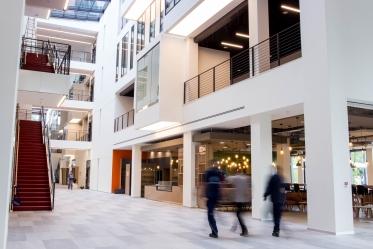 In October 2017, Frankfurt School officially opened its new campus in Frankfurt’s Nordend district. With its new building the business school has responded to the increasingly sophisticated needs of its students and teaching staff. Hence, Frankfurt School has created a state-of-the-art teaching and working environment that will help to take the business school to the next level and to achieve the goal of becoming one of the top five institutions in Europe by 2020. The video gives an impression of the new FS campus with all its facets.

The Financial Lab is a place where students and researchers can use state-of-the-art workstations to access databases containing finance-related information. Working with databases is an important part of studying, and essential for research projects.

In addition to an Executive Lounge and several terraces, Frankfurt School also offers a number of other exclusive venues. 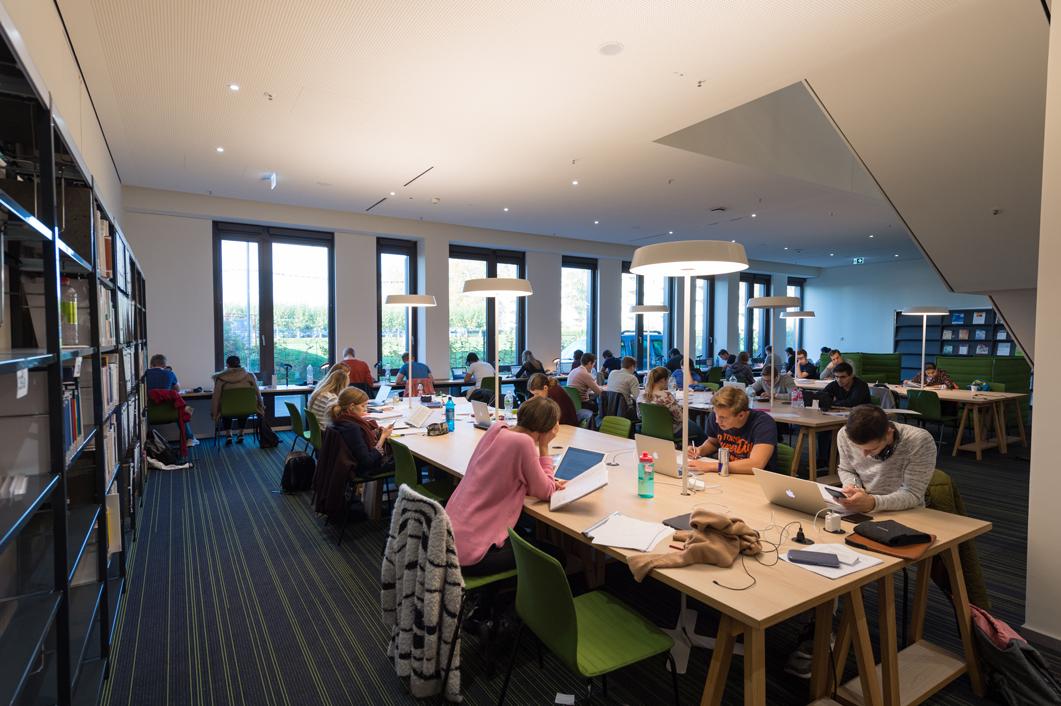 The Library is a dedicated academic and research library. Multiple international databases allow users to access corporate and financial-market information. The Library is spread over three floors, with a wealth of spaces for working and studying. 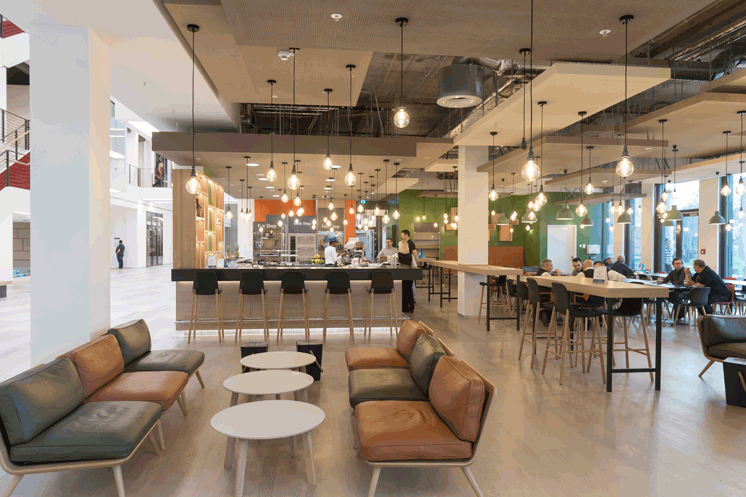 The restaurant serves lunch to staff, students and guests, featuring international menus that change on a daily basis. All dishes are prepared in the restaurant’s own kitchen. The restaurant also features a separate area where tables can be reserved for customer meetings and groups.

The new deli is a multifunctional combination of café, shop and after-hours hangout. As well as coffee, snacks and freshly prepared meals, the shop offers a range of everyday goods. Frankfurt School-branded articles and merchandise are also available for purchase.

Frankfurt School is a community of aspiring and inspiring individuals who are committed to their fellow students and society in general. This is reflected in our various student initiatives, the work of our Student Council, our students’ enthusiastic participation in sporting competitions and matches, and other joint projects and events.

The FS Spirit Award embodies Frankfurt School’s recognition and appreciation of the time and energy invested by students in extracurricular activities that enrich student life on campus.

Donations for the campus

By making donations in support of the Frankfurt School campus, you help us preserve and develop our first-class infrastructure. By becoming a patron of one of our lecture halls or making a donation to our Library, you can introduce yourself to young talents and well-known researchers, as well as other specialists and senior managers. Find out more about opportunities for making donations.

Frankfurt School’s campus has been awarded Platinum Seal certification by the German Sustainable Building Council (DGNB 2017 e.V.). To be eligible for this award, a building must meet the highest standards in terms of its environmental footprint and responsible use of resources, as well as indoor air quality, barrier-free access and comfortable climate. With its roof-mounted photovoltaic panels and wind turbine, gas-powered combined heat and power (CHP) plant in the basement and EV charging station on the premises, the new campus meets all the Platinum Seal criteria.

On the main building’s northern roof terrace, there are beehives four bee colonies which have been producing honey since the spring of 2018.

You can find out more about the construction of Frankfurt School’s new Adickesallee campus here. 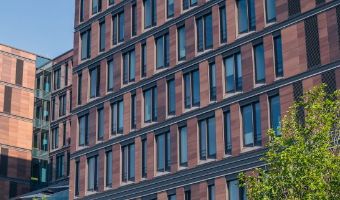 Thank you to all donors!

Your way to the campus