Shine a light on violence against women and girls

With the International Day for the Elimination of Violence Against Women on 25 November, the United Nations once again drew attention to a global problem: physical or sexual violence against women and girls. Actions were held worldwide to address this issue, now in its third year, also in Frankfurt.

Frankfurt School of Finance & Management organised the actions with its partner MedienReich! Gesellschaft für professionelle Eventtechnik: from 5 pm, the Präsidialbau was lit up in orange. In Frankfurt, Frankfurt School, Alte Oper, Historisches Museum, Paulskirche and the ECB were lit up on Orange your City day. The actions in Frankfurt were carried out by the Women's Department in cooperation with the two Frankfurt Zonta Clubs and the Soroptimists. 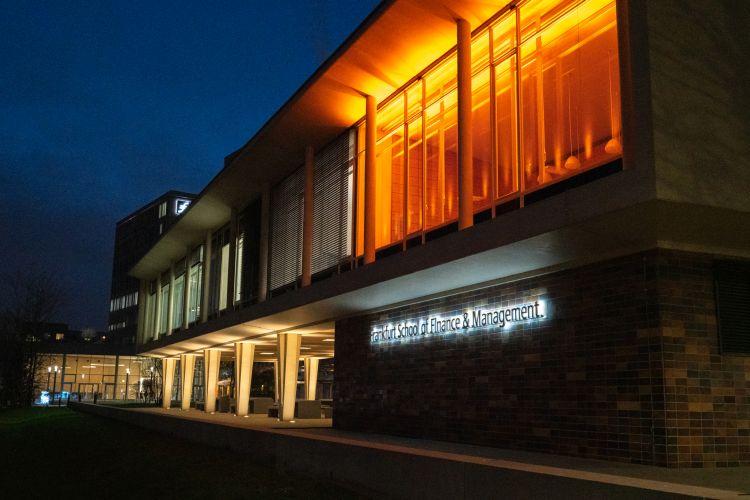