Our websites use various cookies with different functions. These, on the one hand, serve solely technical functions and, on the other hand, also the optimisation of the websites, interaction with social media as well as user related advertising on our pages and those of our partners. You can object to the use of cookies for advertising and analysis purposes in various stages. Click on “Understood and continue” to accept the cookies or click on “Settings” to choose your personal cookie settings.
Further information 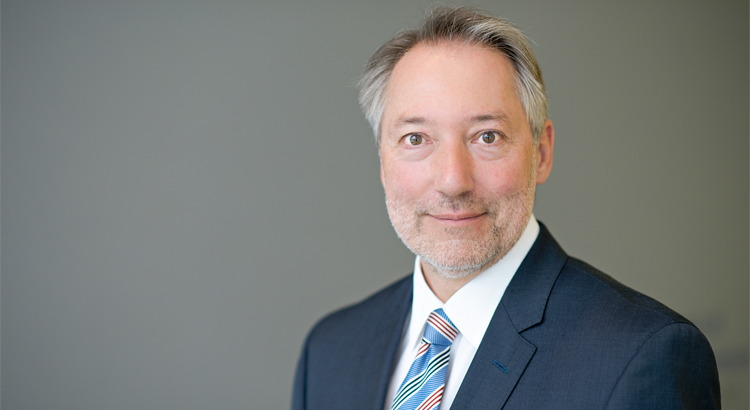 Professor Christoph Schalast has been a professor for Mergers & Acquisitions and European Integration at the Frankfurt School of Finance & Management since September 2002.

Born in 1960, he studied law and political sciences in Giessen, Frankfurt Main and Lausanne in Switzerland. For his practical legal training, he worked for Rasor and Schiedermair (currently Linklaters LL.P.), the European Parliament as well as for the City of Frankfurt’s Property Office. Christoph Schalast attended the postgraduate study programmes of Comparative Law (Droit Compare) at the University of Strasbourg and that of European Integration at the European Institute of Saarbruecken.

After his admission to the Bar, he specialized in M&A at Albert Flad & Schlosshan (currently Mayer Brown LL.P.). In 1995, he established the law firm of Schalast & Partner focusing primarily on M&A/ Banking and Capital Market Law as well as Telecommunications Media / Technology.

Since the early 1990s, Christoph Schalast has counseled various governments in Eastern Europe. In this capacity, he was an active member on legislative commissions in Slovenia, Lithuania, Albania, Montenegro and Bosnia. He currently acts as an expert advisor in German legislative projects, particularly in the areas of Banking and Finance.

He has since established the area of research in ‘Non-Performing Loans’. Since 2006 he has been the Chair for the Annual NPL Forum and M&A Private Equity Conference. From 2008 until 2012, Christoph Schalast has consistently been nominated by ‘Unicum’ as Professor of the Year.  In 2009 and 2010, he was elected by the Frankfurt School students and alumni as the Professor of Excellence. The Master and Bachelor theses over which he has acted as supervisor, have been honoured with the Leonardo M&A Award and the M&A Science Award.

Christoph Schalast is chairman of the supervisory board of milch & zucker AG, member of the supervisory board of Commerz Real Kapitalverwaltungsgesellschaft mbH, Bank für Vermögen AG and Erasmus Schule gGmbH, chairman of the advisory board of the German Loan Purchase and Servicing Association (Bundesvereinigung Kreditankauf und Servicing e.V.) and chairman of Deutsche Kreditmarkt-Standards e.V. Prof. Schalast is on the jury of both the German Journalist Awards and the Corporate Finance Awards of the German Börsenzeitung. Since 2016, he is the successor of Prof. Müller-Stewens (HSG) as the editor of the leading German M&A publication, the M&A Review. Since 2019 he is member of the board of the new legal journal RdZ – Recht der Zahlungsdienste.

He is an accomplished and distinguished attorney and notary in the areas of M&A and Banking & Finance. He has been recommended by JUVE and the Legal 500 Germany. The financial magazine, Wirstchaftswoche ranks him amongst the leading M&A attorneys in Germany. Schalast & Partner received the JUVE award for mid-sized law firms in 2007 and was shortlisted by “The Lawyer” for the European Award “Law Firm of the Year” in 2011 and 2012.

Monday 8:30am until 9:30am on appointment (every fortnight)

What are the reason for the sale of non-performing loans (NPL) and what underlying conditions impede credit trading? How can the reputation of the sector be described? And in what way do holders of NPL portfolios deal with their own NPLs? A survey among participants of the German NPL market shall answer these questions. The German Association of NPL Investors and Servicing Companies (Bundesvereinigung Kreditankauf und Servicing e.V., BKS) will support your work with its working group “NPL market”, consisting of the senior management from designated companies of the NPL sector, thereby achieving a widespread presence with access to a wide variety of all possible contact persons. Your task is to subdivide the NPL market stringently into its sub sectors (e.g. B2B/B2C, shipping/real estate/consumer credit) and to develop the relevant questions for trading NPLs or not on this basis. The result will be an online questionnaire, which will be sent to all market participants (sellers of NPLs). The evaluation of these results shall be completed by February 2015 and will be used in a publication of the BKS.

In which way has the NPL market developed? To what extent do NPL transactions correlate with macroeconomic developments (e.g. loan origination)? Your task is to find data sources and to establish theses, which demonstrate significant correlations between NPL trading and macroeconomic variables. The verification of your theses will be carried out in a downstream study. The German Association of NPL Investors and Servicing Companies (Bundesvereinigung Kreditankauf und Servicing e.V., BKS) will support your work with its working group “NPL market”, consisting of the senior management from designated companies of the NPL sector.