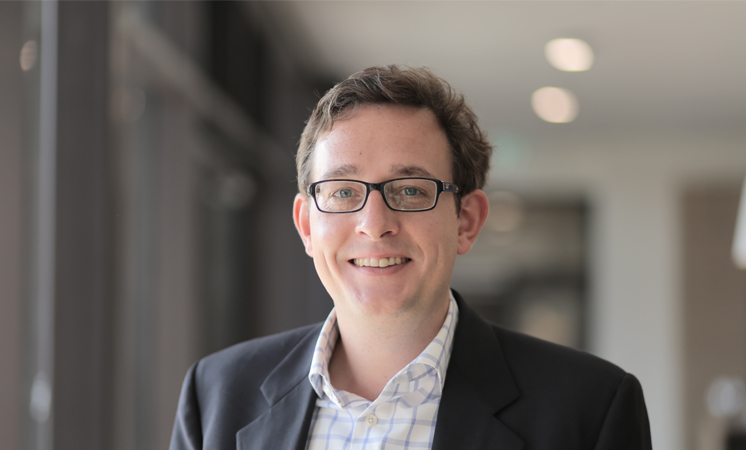 Prof. Dr. Philipp Sandner was ranked as one of the "top 30" economists by the Frankfurter Allgemeine Zeitung (FAZ), a major newspaper in Germany, in 2018 and 2019. Further, he belonged to the "Top 40 under 40" – a ranking by the German business magazine Capital.

Prof. Dr. Philipp Sandner is head of the Frankfurt School Blockchain Center (FSBC) at the Frankfurt School of Finance & Management. His expertise includes blockchain technology in general, crypto assets such as Bitcoin and Ethereum, the digital programmable Euro, tokenization of assets and rights and digital identity. The FSBC advises financial organizations, industrial corporations and startups concerning their blockchain activities.

Since 2017, he is a member of the Fintech Council (FinTechRat) of the Federal Ministry of Finance and was engaged in the EU Blockchain Observatory established by the European Union. He co-founded the German Blockchain Association, the International Token Standardization Association (ITSA), and the Multichain Asset Managers Association.

The Frankfurt School Blockchain Center was launched in February 2017 and analyzes implications of blockchain technology on companies and business models. It provides a platform for decision makers, startups, technology experts and industry professionals to exchange their knowledge and share their visions. More: www.fs-blockchain.de

Before joining Frankfurt School, he co-founded a consulting company specialized in the area of innovation strategy, IP and technology transfer. He has been research fellow at the Technical University Munich, the Ludwig-Maximilians-University Munich and the Berkeley Center for Law & Technology. Previous to that, he studied business administration focusing on computer science at the University Mannheim.

He was awarded with several scholarships and research prizes. Prof. Sandner has published in international peer-reviewed journals such as Administrative Science Quarterly, Research Policy, the Journal of Marketing Research and the Journal of Business Venturing. See publications on Google Scholar. Recently, he also edited two books. One book focuses on the implications of blockchain technology on companies, the other one focuses on the implications for the society. More: www.die-blockchain.ist/die-zukunft/

Bitcoins are based on the blockchain technology. A blockchain is a distributed ledger that is synchronised between multiple computers. These computers, or nodes, together maintain the Bitcoin network. The nodes contribute the hardware and electricity which the blockchain needs to operate and are themselves paid for it with Bitcoins. This process, called mining, provides incentive to its participants and ensures that the blockchain continues, even if a single node leaves the network.

Bitcoin is a so-called crypto currency. A better word is crypto asset since actually it is so far not clear if it is a currency.