Thanks to the students´ commitment

On Thursday, May 3, 2018, Frankfurt School of Finance & Management officially opened its new roof terrace on the north side of its new campus. 500 guests, including staff and students as well as alumni and friends of Frankfurt School participated. FS Student Life together with the Student Council and the “Raise the Roof Team” organised the opening. Lynn Cunningham, Bachelor in International Management student and Fabian Aymanns, Philipp Kelbing as well as Ulrich Wiebach, who already graduated from the business school had initiated the campaign in late 2016. Since the start of the campaign the group has raised nearly 200.000 euros – half of the total expenses. 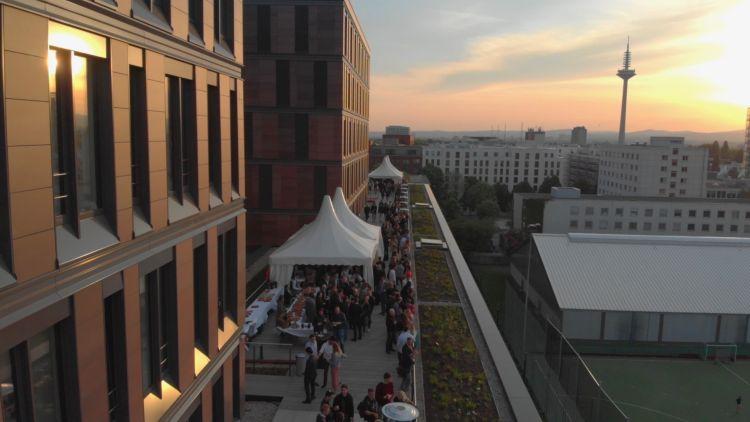 Professor Dr Nils Stieglitz, President and CEO of Frankfurt School, welcomed the guests. On behalf of Frankfurt School he thanked the “Raise the Roof Team” as well as staff, who have worked together with the students to realise the project . “´Raise the Roof´ was the first Crowdfunding Campaign at Frankfurt School and shows what is possible, when everyone is so engaged. Also, many thanks to the 342 donors – especially the FS Alumni e.V.”, emphasised Professor Stieglitz.

Representing the student campaign, Fabian Aymans talked about the project. “During the construction of the new campus we were thinking about how to use this space. We wanted to have an additional venue for studying but also just relaxing with a phenomenal view”, says Fabian Aymans.

Following, Oliver Kopp, Chairman of the FS Alumni e.V., emphasised the strong bond of the FS Alumni with their Alma Mater. According to him it is the most important goal of the association to support FS students. Hence, within two years FS Alumni e. V. donated 100.000 euros for the roof terrace. 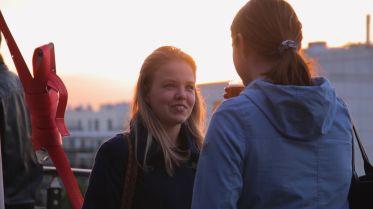 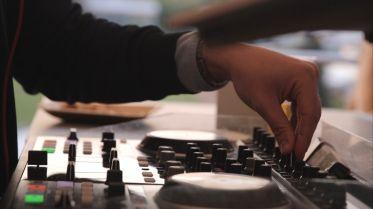 Moreover, Dr Heike Brost, Director Degree Programmes & Executive Education at Frankfurt School, honoured two students with the FS Spirit Award for their extraordinary commitment at the business school. This year´s winners are Giulia Erichsen, Master of Finance student, and Christian Schwalbach, who does the Master in Management at Frankfurt School. 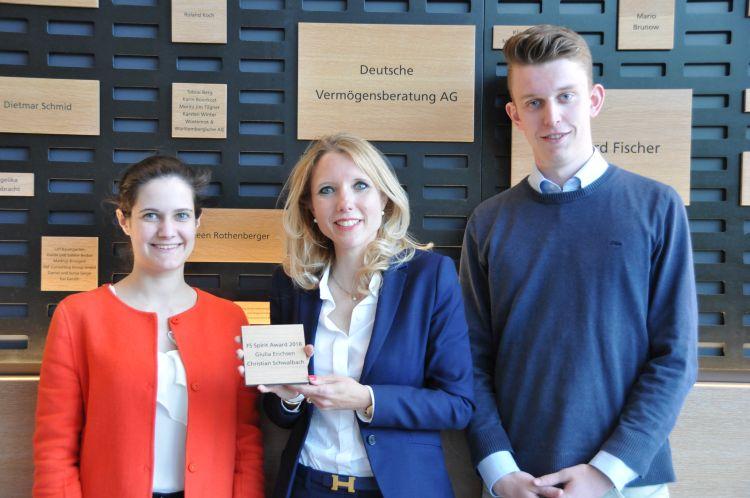