On Wednesday, October 10, 2018, Frankfurt School of Finance & Management awarded scholarships for the academiy year 2018/2019. 239 students receive a grant – a new record. In addition to students and their parents, sponsors of Frankfurt School as well as professors, programme directors and learning advisors were invited to the ceremony.

On behalf of Frankfurt School, Professor Dr. Michael Grote, Vice President Academic Affairs and Professor for Corporate Finance at the business school, welcomed the attendees. “Today´s event is a celebration of success – today we want to celebrate and value you being supported. We never had so many scholarship holders before. Obviously, we also want to celebrate those who support you and Frankfurt School in general”, said Professor Grote. 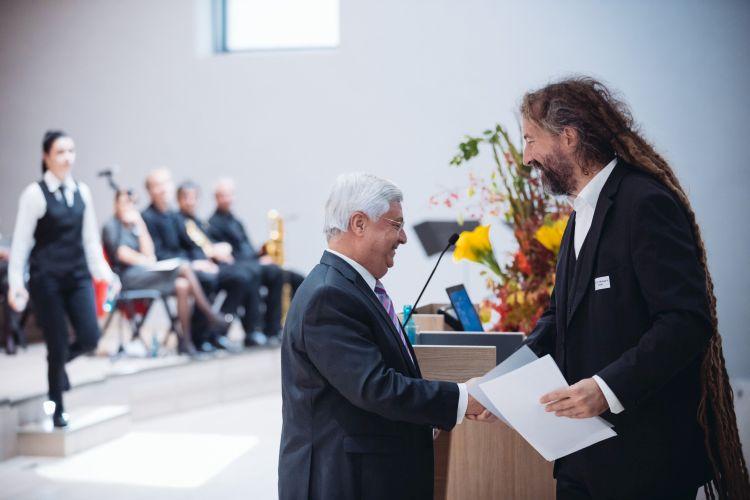 As a special guest Professor Dr h.c. Klaus-Peter Müller, Honorary Chairman of the Frankfurt School of Finance & Management foundation as well as former CEO of Commerzbank AG, attended the ceremony. “I am really happy to welcome Professor Klaus-Peter Müller today. He did not only support us in building the new campus, he is also seriously engaged when it comes to our students. With his generous donation of one million Euro he has initiated his scholarship fund. He especially aims to support students coming from families with a large number of children”, emphasised Professor Grote. 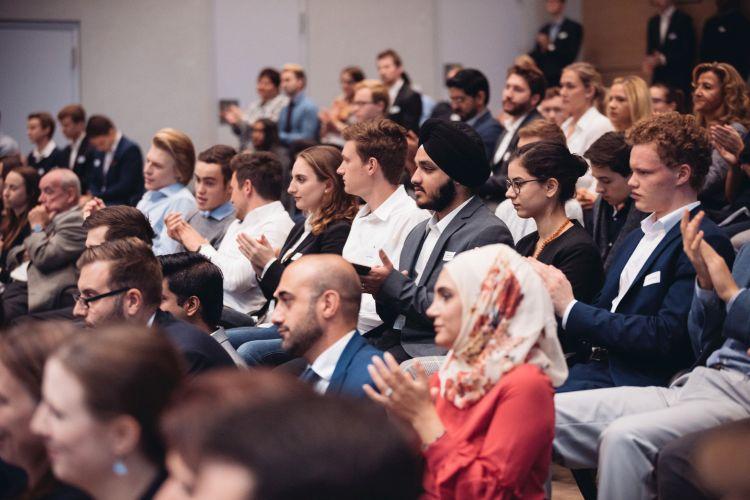 Belonging to the elite: Social commitment is requirement

Before Klaus-Peter Müller handed over the certificates to this year´s eleven scholarship holders he explained the origin of scholarships as well as his personal opinion about the meaning of the term elite. “The first scholarships were provided in the 16th century – initiated by the church, because monks founded the first universities. Following, governments supported scholarships. In 1948, the right to education was even guaranteed by law in Germany”, explained Klaus-Peter Müller. Moreover, he criticized high student loans in the United States

Even though it is not popular to discuss the meaning of elites because of different historic events in Germany the country´s success is also built on the achievements of its elites. In Klaus-Peter Müller´s opinion, belonging to an elite is not only related to wealth. According to him the personal achievements as well as a huge commitment to society are more important. “Germany is successful because of our scientists and entrepreneurs. Especially the German Mittelstand, so called hidden champions, represent elites”, explained Klaus-Peter Müller. In addition to skills, social and moral behavior are essential. “I believe that social commitment, to stand up for others, is essential when we speak about elites”, he emphasised. This is also a reason why he supports young people, independently of their parent´s income, to study at Frankfurt School. 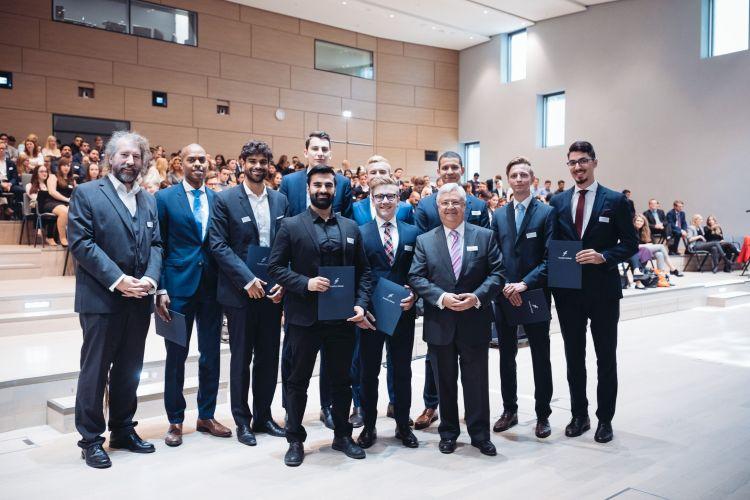 Frankfurt School´s new scholarship supports women aiming to start a career in in the field of STEM. The business school´s new Master in Applied Data Science provides this possibility. Female students in the programme can apply for the so called “Women in STEM Scholarship”. Industry partners support the scholarship. Sopra Steria, a French IT company, is the first enterprise supporting a student in the Master in Applied Data Science at Frankfurt School. The company covers 50 percent of the programme´s fees for Ananya Neogi, who originally comes from India. 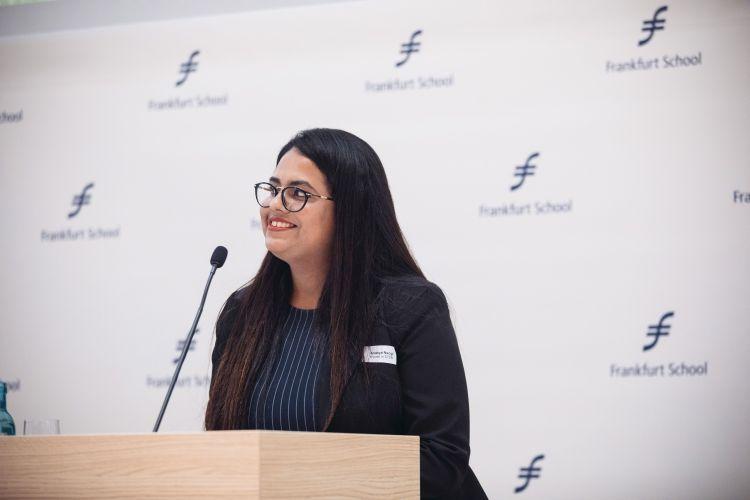 “Good education was always my dream. Therefore, I studied engineering before graduating with an MBA. For being able to professionally handle the digitization’s challenges I applied for the Master of Applied Data Science at FS. Being supported by Sopra Steria brings me a step closer to live my dream”, emphasised the student.

The ceremony was followed by a lunch where students and supporters had the chance to get to know each other and to interact on a personal level. 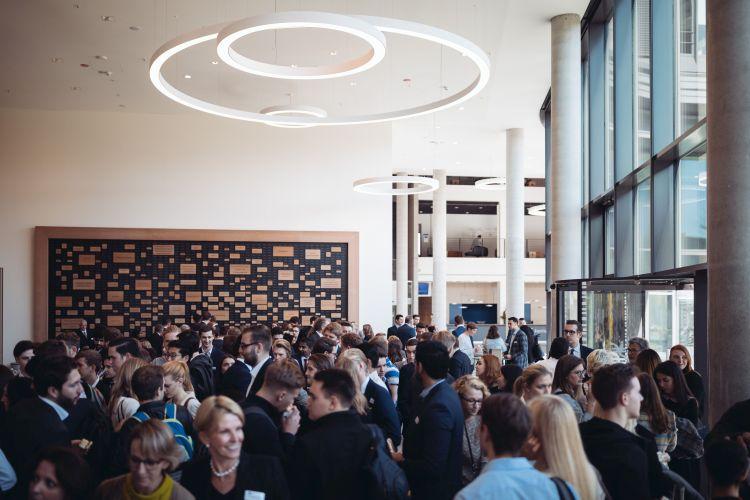 Further impressions of the scholarship ceremony